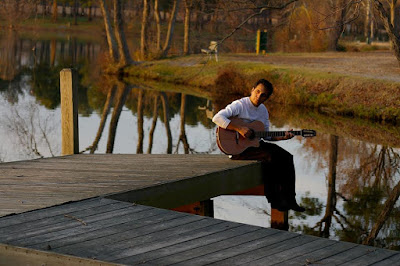 It is with mixed feelings that I announce Pastor Benjamin Aguirre’s resignation from his Associate Pastor for Spanish Language Ministries role here at Calvary.
Pastor Benjamin has been a blessing to my life, to the pastoral staff team and to the ministry of Calvary Baptist Church for about ten years.  He has served as a called pastor for almost five years.  We are thankful to him for the contributions he made to the Spanish Language Ministry as well as to Calvary’s general ministry.  Benjamin has served with his musical talent, with his teaching gift, with a pastoral heart and with a unique sense of humor.  We are convinced that God brought Pastor Benjamin and his family to Calvary to use them as instruments of blessing.
For some time now, Benjamin has struggled with his physical and emotional health and he believes the best thing for him at this time is to step down from his position here at Calvary.  He is seeking the Lord’s direction for this season of his life as he focuses on his personal health and on his family.  He, Pastor Rolando and I have had extensive conversations about this and have prayed together with him and for him.
In order to accomplish this objective, Benjamin will no longer be attending Calvary.  Neither is he accepting a pastoral assignment from another congregation.  His focus will be on providing for and serving his family and recovering his physical and emotional health for now.  We understand this to be a passing season in his life and we are committed to pray for him and his family.
Benjamin is not leaving the ministry since when God called him he called him for life.  Stepping down from a church job does not mean one is leaving the ministry.  We are called by a God whose mission is bigger than one church or than one job.
Pastor Benjamin’s last day of employment will be May 15. On Sunday, April 14, we will make an announcement about this in our worship services and will pray for him in the 12:30 PM service for the next season of his ministry.
We will certainly miss Benjamin around.  We love him and his family.  We are grateful for his life and his contribution to the ministry at Calvary.  We trust God will bless him accordingly.  We are confident that God is leading him into his perfect purpose.  Please join me in praying for him and for his family.
Posted by Julio Guarneri at 8:38 AM No comments: 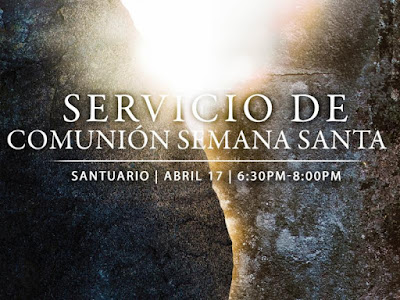 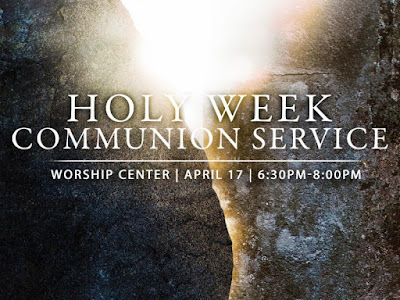 We are celebrating the Lord's Supper this next Wednesday in a joint service of the entire CBC congregation!  We are calling it Holy Week Communion Service.

Traditionally we have celebrated the Lord's Supper either on Palm Sunday or on Resurrection Sunday.  These two very special Sundays in the Christian calendar remind us of joyful events: the triumphal entry of Jesus into Jerusalem and the resurrection of Jesus from the dead.  So it is fitting that throughout the years of history of our church our worship on these two Sundays hold special significance.

We are also reminded that something very significant happened between Palm Sunday and Resurrection Sunday.  Historically we refer to the week in between these two as Passion week, alluding to the suffering of Jesus, or as Holy Week, because of Jesus' holy sacrifice on the cross.  So for the first time in many years, or perhaps ever, we will celebrate the Lord's Supper right in the middle of this week.

This is significant because it causes us to pause in the middle of the week and think about Jesus' suffering and sacrifice on our behalf.  This gives our celebration of the Resurrection more depth.  In addition, it is an opportunity to be together as adults and students, as English and Spanish congregations, as contemporary and classic worship style congregations.  It speaks to the unity of the CBC body around the Lord's table.  What a privilege!

So the regular Wednesday night groups: EQUIP, WIT, ICC, Remedy and choir will come together in the worship center this Wednesday from 6:30 PM to 8:00 PM for a time of bilingual praise, meditation and communion.  And those who do not usually attend on Wednesday nights are also encouraged to join us for this special service.

Make plans to be there.  Prepare your heart for a different-than-usual worship experience.  Tell others about it and invite people.  Let's make sure Christ is at the center of our Easter observance!
Posted by Julio Guarneri at 7:43 AM No comments: